The most common craniofacial abnormalities include the cleft lip and palate. But there are several other rare ones, mainly affecting how a child’s face or head looks. Unfortunately, some of these anomalies are not easy to detect in children. In this article, you will learn why it is sometimes difficult to diagnose craniofacial problems in children.

Why It’s Difficult to Diagnose Craniofacial Issues in kids 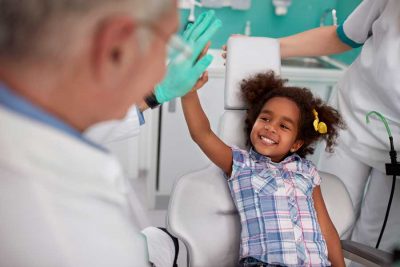 First of all, it is important to mention that the treatment of craniofacial problems in adults is planned based on the symptoms and functional concerns of the patient, whereas the treatment in kids is only based on expected concerns by parents. Also, while the diagnostic ultrasound and in utero sampling have significantly increased the prognostic abilities of medical professionals, their ability to perform in utero preemptive intervention has not, thus far, been as effective as it had been hoped.

Furthermore, some preemptive interventions that can be done before the child is expected to have craniofacial problems have proved to be dangerous for both the mother and the fetus. Therefore, most craniofacial abnormalities are only noticed when the child is born, and sometimes this is too late. Also, one of the most common techniques used to diagnose craniofacial problems in children is the radiologic examination of the craniofacial skeleton. Also referred to as skull x-ray, this technique involves imaging a child’s skull, including facial bones, nose, and sinuses.

Although this diagnostic method is quick and effective, it has several risks, including radiation exposure. X-rays are simply radiant energy, just like light and radio waves. Furthermore, x-rays carry more energy than rays of visible light and radio waves. And although studies haven’t shown if radiation can be left in the patient’s body after the test, some medical experts argue that the risks of using this method to diagnose craniofacial defects in kids outweigh its benefits.

Therefore, they can penetrate the patient’s body to allow the radiologist to get x-ray images. Although radiation is everywhere, some people are concerned about their children’s overexposure to radiation during skull x-ray. Furthermore, radiation has been shown to damage living tissues and alter their DNA, especially when overexposed.

For more information on craniofacial defects, get in touch with head and Neck today.